I'm Amanda and I’m passionate about creating a well loved and well lived in home for my family and I I'd love to help you do the same! 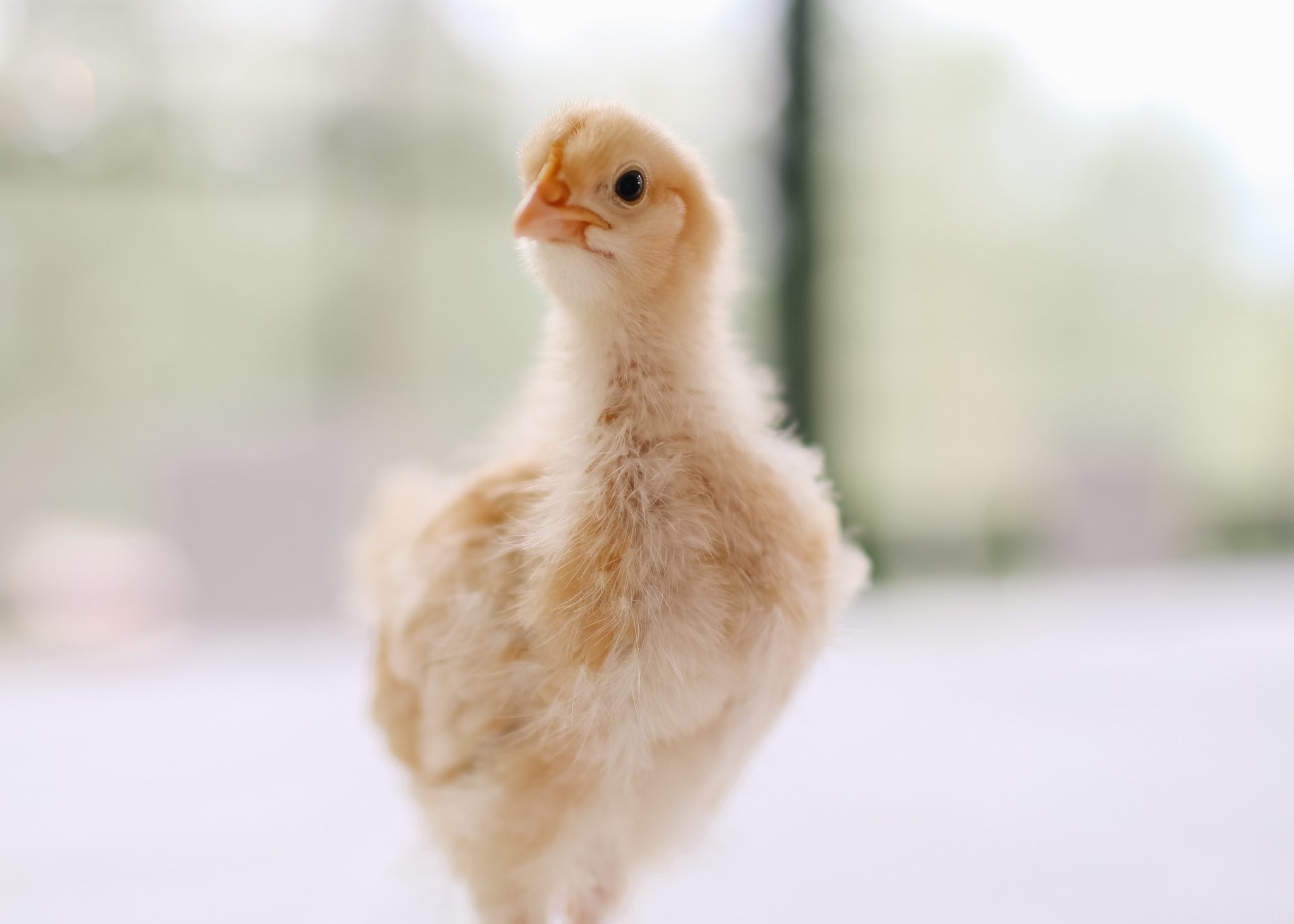 I can’t believe how big our baby chicks are getting already! We have learned so many things in a short amount of time. Here are 5 things you need to know about 2 week old chicks:

Note: This post may contain affiliate links that won’t change your price but may share some commission.

This is just as gross as it sounds! But we had 3 chicks with this condition including Shelley our Cuckoo Maran (who didn’t make it) and it’s so important to keep an eye out for it. Pasty butt happens when soft droppings stick to the chick’s vent and harden, sealing the vent. The chick will quickly become sick and will die if left untreated. A quick google search of “pasty butt” will bring up a ton of information about how to deal with this condition and why it happens etc… from sites much more qualified to explain than mine. I will just tell you how we treated ours as really only one method worked for us!

There are several suggestions out there for how to deal with pasty butt including dabbing the hardened droppings with olive oil or giving the chick a “bath”. We found that in order to actually dissolve the mass we had to hold the chicks gently under very slowly running warm tap water and poke with a cotton swab until the area was clean. We didn’t want the chick to get chilled so we tried to keep the water running just over the small affected area and then we very gently patted them dry and placed them back in the brooder under the heater plate so they could dry off and fluff back up!

Only one chick didn’t survive after this treatment, but she was very small to start with and we think she had other issues, not just pasty butt. If you notice one chick isn’t growing as quickly as the others, isn’t eating or drinking much, or is slower moving, definitely check for pasty butt and deal with it right away!

When we first announced that we were getting chicks we were told by quite a few people how much they were going to smell (Insert eye roll here lol). We are finding that they actually don’t smell much at all as long as we keep their brooder clean. (I’ll have a full post up on how we set up our brooder soon). The one thing that seems to smell the most, surprisingly, is their water! It starts to smell very sour if it isn’t changed several times a day. I totally wasn’t expecting that, but it’s definitely the smelliest part! We recently hung the water dispenser so that it’s not sitting on the ground and that has helped a little bit as not as many shavings, poop etc… end up in it!

When we set up the brooder, we chose to use a heat plate. They are much safer than a heat lamp that you attach to the edge of the brooder, but they don’t provide any light. We had read that chickens don’t need light at night so we didn’t really think much about the level of light in the area. One night our daughter came and told us that the chickens were acting “weird” when she went to check on them before bed. Sure enough, when we came in they were all piled on top of each other in one corner of the brooder cheeping loudly and pecking at the box. We tried to move them out of the corner, but they just kept coming back and stepping on each other frantically trying to get as close to the corner as possible.

Finally, we noticed that there was a tiny hole in the box we were using as a brooder and that light was streaming through it from the house. The chickens seemed to think that they needed to get to that light (even though it was seriously tiny!!), so we plugged in some patio lights above them and almost immediately they calmed down, spread out and started acting normal again!! So now our silly chickens sleep with patio lights on at all times! Moral of the story…if your chicks are acting crazy… it could be a lighting issue!

We wanted to make sure that the chicks had enough entertainment to prevent pecking and other negative behaviours that can happen if they get bored. We also wanted to make sure we were raising friendly chickens that are used to being handled, so we started giving them fun treats and taking them out daily for playtime after a few days. One of their favourite activities is “ant time”. Once a day we scoop up a pile of dirt from one of the many ant piles we have on the property (gross) and deposit it in the brooder. They go nuts chasing the ants and taking dust baths in the dry dirt. It’s entertaining for us as well watching them!! (Note: we make sure they are small black ants, not the big red ones that can bite!)

We have also placed a small mirror in the brooder and they love looking at themselves, so vain lol! They are starting to recognize that fresh food and water appear every time a human comes around and that is helping tame them as well. It’s just the cutest thing when they all come running when they see you! We are still working on finishing the chicken coop and we have some fun plans for their enclosure. A chicken swing sounds like a must to me!

One final thing we’ve learned/ piece of advice…Enjoy the floofy chick stage while it lasts! I can’t believe how quickly they change. Our 2 week old chicks are already losing their fuzz, their wings are growing by the day and they are turning into little chickens!

It’s been so much fun over the past couple of weeks getting to know our chicks and learning to care for them! I hope these 5 tips for 2 week old chicks will be helpful if you are considering raising your own flock! We are hoping to get the coop finished up soon so we can move them out in another few weeks. An update on that will be coming soon!

YOU MAY ALSO ENJOY:

This site uses Akismet to reduce spam. Learn how your comment data is processed.

I'm Amanda and I’m passionate about creating a well loved and well lived in home for my family and I'd love to help you do the same!